Spousal maintenance (as the court refers to it) or alimony (as the general public refers to it) is the obligation of one spouse to pay the other spouse after the divorce has been finalized. This payment is commonly used to equalize the monetary investment of both members of the marriage. In some cases, a prenuptial agreement may also affect how spousal support is granted. Outside of an agreement, the court has a lot of discretion in regards to spousal support. Wisconsin alimony laws are not specific about payments. 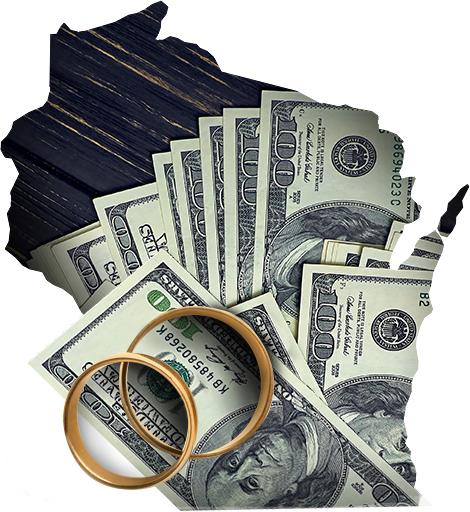 If you want to learn more, check out our information on divorce cost, child custody, and our child custody calculator.

The earning capacity of the party seeking maintenance considers:

Occasionally short-term alimony will be awarded when one party needs some time to learn a trade, attend school or get back on their feet after a divorce.

Professional capacity examines whether a spouse has the ability to earn a living in the event they are not working at the time of the divorce. A spouse who is able to work but is unemployed could receive spousal support payments toward rehabilitative practices. Rehabilitative alimony is to support a spouse who is expected to become economically self-sufficient by a predicted time.

For example, if one spouse did not finish their education and doesn't have a job, the spouse could become independent with vocational training. In this event, rehabilitative alimony would be in order.

Generally (but not always) alimony is awarded based on these guidelines: 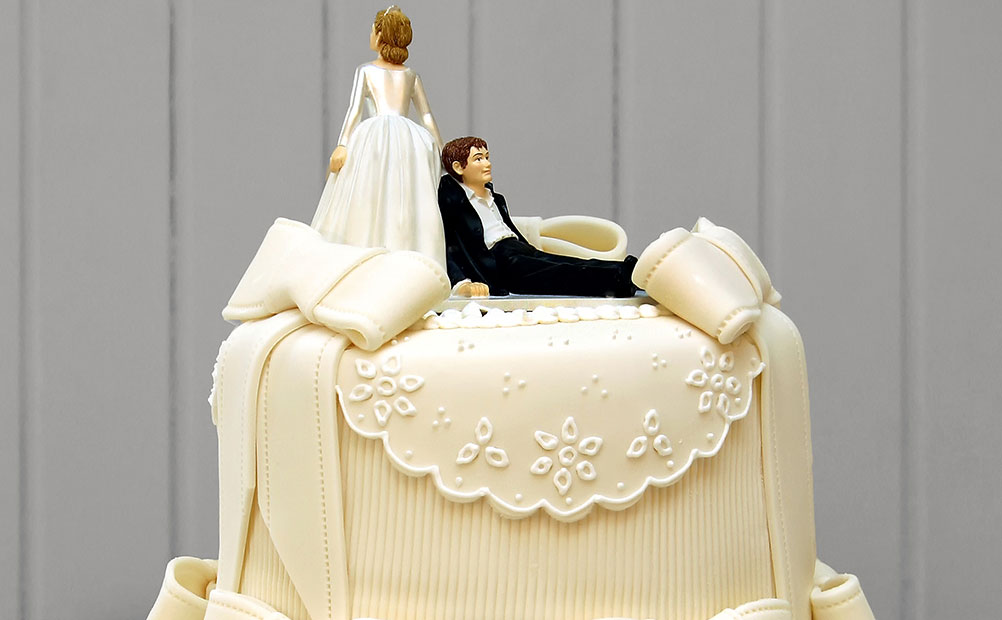 Less likely to make a disproportionate award of jointly owned property and more likely to order an equal distribution of jointly owned assets. This is particularly true in cases where both parties were employed throughout the marriage.

A marriage duration that falls somewhere in the middle may involve disproportionate awards of property when there is a historical income disparity between the spouses.

In long-term marriages, it is common for one spouse to have relied on the other spouse’s income and earning abilities to support a certain standard of living that would not be sustainable as a single person. The court will often award the lower-earning spouse a higher percentage of the marital property in order to place him or her in a similar financial position as the higher-earning spouse and to ensure that both spouses enjoy relatively comparable standards of living post-divorce.

Spousal maintenance in long term marriages typically depends on whether the party seeking maintenance can become self-supporting at a standard of living reasonably comparable to that enjoyed during the marriage, and the length of time necessary to achieve this goal.

Health and age play a factor in alimony payments because both can significantly affect earning potential.

Spouse B is at retirement age but that would significantly reduce his total income and the amount of alimony he could pay. However if Spouse B retires then Spouse A will be left destitute.

The decision depends on your lawyer, the personality of the judge & several other factors.

Lifetime alimony is typically awarded when couples are older because they have been married longer. There have been cases in the past where one party was awarded alimony indefinitely when the couple had been married for 10 years.

If spouses were married for 25 years and only one party worked, the other party is entitled to an agreed-upon amount of money that will provide a standard of living comparable to before the divorce. If the spouse requesting alimony doesn’t have the ability to reach that standard of living through a career path then they will probably receive alimony indefinitely. This alimony will be reduced when the working spouse retires.

The Wisconsin Marital Property Act assumes that both parties contribute to the support of the marriage even if only one spouse is working outside of the home. This process differs from many states that have Equitable Division. Equitable division is a division of the marital assets between the parties in a fair, but not necessarily equal manner.

However, if the parties put the inheritance received into a joint account or use inheritance funds to purchase a marital home, those inheritance amounts are now commingled and may be subject to community property laws.

Retirement and pensions, like other assets accrued during a divorce, are subject to division in the event of a divorce in Wisconsin. The Marital Property Act recognizes that both spouses contribute to supporting the marriage, regardless of the income actually brought-in by each spouse.

The law states that all assets acquired during the marriage belong to each spouse equally; however, retirement benefits are typically divided based on the value accrued during the time of the marriage. Therefore, short-term marriages are very unlikely to include a retirement or pension division because the tax implications associated would far out-weigh the payout to the other party.

Like assets, debts accrued during the marriage are considered marital or joint debt. The debt is marital regardless of which party was responsible for accruing it.

If one party contests a debt is marital, they must submit evidence to the court which will make a determination on how to characterize the debt. Certain debts can be considered personal such as torts committed during the marriage or child or spousal support payments from a previous relationship.

However, if those debts were incurred partially during the marriage or in order to improve the marriage or family standing, a judge may decide to consider it a joint debt. Student loan debt is one of the most commonly contested debts.

Assets accrued during the marriage are considered marital property. It is possible to maintain personal property once married if that asset was acquired before the marriage or given to one party after the marriage.

Any accounts or assets that preexist the marriage can be considered personal property as long as they have not been commingled with marital assets. The issue of personal vs. marital property becomes difficult once assets have been co-mingled.

Example: If the Wife has a savings account that has $50K premarital in it, but continues to add to it from joint marital funds, it may be considered a marital account. People with questions on what is or is not marital property should speak with a family attorney.

The marital home, like other assets accrued during a divorce, are subject to division in the event of a divorce in Wisconsin. The Marital Property Act recognizes that both spouses contribute to supporting the marriage, regardless of the income actually brought-in by each spouse.

The law states that all assets acquired during the marriage belong to each spouse equally. There are many factors that determine which party may retain the marital residence including custody and placement of the children, financial stability of each party among other factors.

Hiding money and assets from your spouse

The court can impose consequences if property worth more than $500 is hidden.

If perjury is discovered after the divorce is finalized, it can be grounds for reopening and litigating the property division provisions of the divorce. All assets and debts are subject to division in the event of a divorce in Wisconsin.

The Marital Property Act recognizes that both spouses contribute to supporting the marriage, regardless of the income actually brought-in by each spouse. The law states that all assets and debts acquired during the marriage belong to each spouse equally. 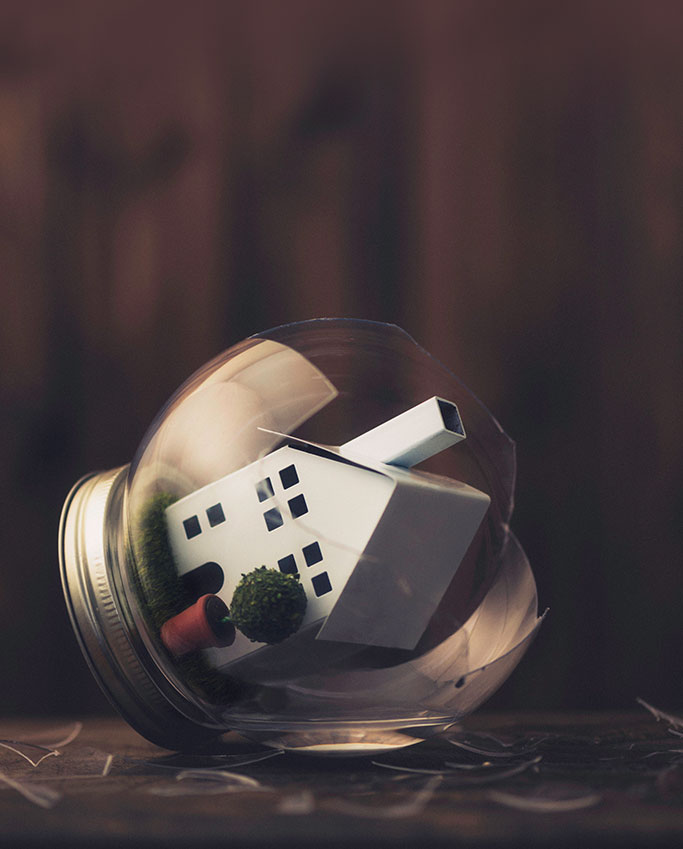