Work it out as a family

Divergent Family Law is here to protect your parental rights. Wisconsin child custody laws allow divorcing individuals the options for joint or sole legal custody of their child. Child custody refers to the legal and physical custody of the child. Physical custody, or child placement, gives the parent the right to house, provide, and care for the child. Legal custody is the parent’s right to make decisions for the child. The primary placement of a child after divorce will be decided by which parent spends more days per year with the child. Look to Divergent Family Law to settle your child custody case for the best outcome.

Curious what factors are impacting the cost of your divorce? Our Racine divorce lawyers can give you a cost estimate.

Want to save on your child custody case? Learn more about how our fixed-fee structures save you money.

Worried about what you might be spending on monthly child support payments? Our easy-to-use calculator can help you figure out those costs.

In a joint custody agreement, both parents share equal legal custody of the child. Neither parent's rights are superior unless specifically stated when making decisions about school, religion, marriage, and the military. The most common type of joint custody agreement is a 50/50 placement where each parent gets the child for an equal amount of time throughout the year. Joint custody is said to be in the best interest of the child according to state law. Communication and effort from both parents are necessary when making major life decisions for children. 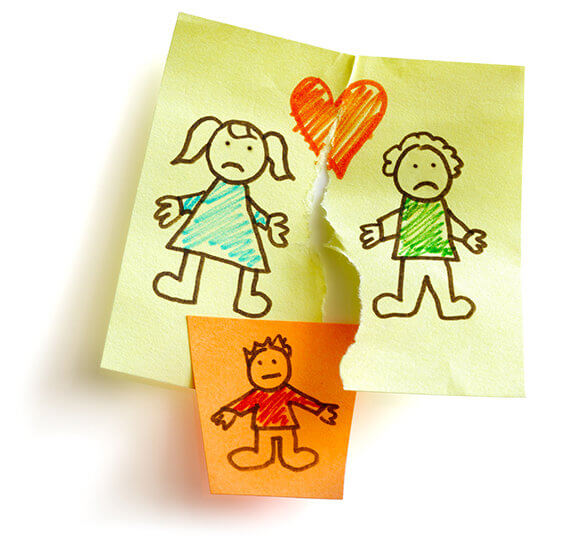 Courts don’t tend to support sole custody of children, which is why it is usually only received when one parent cannot perform their parental responsibilities or both parents can’t agree on major life decisions for their children. This includes decisions about religion and schooling. The mother normally has sole custody if the couple is unmarried at the time of the child’s birth unless a paternity action is established. However, distinct father’s rights apply to unmarried and divorced fathers. The parent that does not have full custody may be required to pay child support.

Divergent Laws family mediation services are designed to help parents who are struggling to come to an agreement regarding the custody of their children. Our goal is to help you come to a decision that will benefit everyone involved instead of going through the process alone. We facilitate every conversation to avoid taking your child custody case to court. A Guardian ad Litem (represents the child’s best interest during the case) is sometimes appointed by the court if parents are struggling to reach an agreement.

Initial custody and placement arrangements may cease to work after several years due to moving locations, switching schools, and any other unforeseen changes. Divorce law in the state of Wisconsin sometimes allows parents to modify original placement schedules. Explore our co-parenting resources to make placement arrangements in the best interest for your child.

File for divorce in Racine County

Struggling to figure out what your monthly child support total is? Check out our child support calculator! It does all the work for you based on your yearly income.

Schedule your free consultation today with our experienced family law attorneys at any of our firms including Milwaukee, Glendale, Appleton, Madison, & Brookfield.